I’ve always considered myself somewhat of an experienced hiker until I hiked up to the Abbot Pass Hut, the second highest permanent structure in Canada.

Two years ago I went on my first trekking trip on the Juan de Fuca trail located on the west coast of Vancouver Island with a group of 8 ladies. To follow that up, last fall one of the ladies suggested hiking in the Rockies.  Plans had to be made early as we needed to make reservations which included a lottery bid to stay at a few nights at the popular Elizabeth Parker Hut in Lake O’Hara in Yoho National Park.  Late November we were excited to hear we were booked for one night at the EP Hut and there was space at the Abbot Pass Hut, which we could hike to from the EP Hut (no problem!).  The rest of the accommodations were booked in Lake Louise.

We had the necessary gear from our previous trek (packs, poles, lightweight sleeping bags, etc.) and we were fortunate that one of the ladies’ brother hiked extensively in the Rockies and was willing to escort us.  With so many parks and trails to choose from, getting recommendations saved us a lot of time researching. Come July we were ready for our trip.

We started our first hike at Lake Louise getting our first view of the emerald coloured glacier lake surrounded by majestic mountains.  We hiked along Lake Agnes Trail taking side hikes to the less travelled Little Beehive and Devil’s Thumb after which point we said we could go home happy.  We continued along the Plain of Six Glaciers Trail to the Teahouse built in 1924 by Swiss guides -it was hot day but we still indulged in a hot tea, as they don’t have refrigeration to serve cold drinks, and a delicious piece of cake.  Our final destination for the day was the Abbot Pass Viewpoint where we looked for the hut we were going to be staying at high on the pass of the Continental Divide between Mt. Lefroy and Mt. Victoria. We ended our trek at Chateau Lake Louise and treated ourselves to a delicious dinner at the Glacier Saloon.

For day 2 we narrowed our choice to the Valley of the Ten Peaks and Sentinel Pass to Paradise Valley and decided on the latter based on local advise as it had views of the Valley of the Ten Peaks. Unfortunately the overcast weather restricted the views and we had a short-lived wind and rainstorm, but this was made up for by a rainbow over Paradise Valley when we reached the top of the pass.  We continued over the pass making our way down the large rocks with the aid of occasional stone trail markers.  The wild flowers were just starting to bloom in the valley with the beautiful backdrop of Mount Lefroy and Mt Aberdeen.  The Giant Steps was a worthwhile extension to walk on the flat rocks of Paradise Creek waterfalls.

The next day we made our way to Lake O’Hara, which has limited access via a pre-booked shuttle bus into the park. The Elizabeth Parker Hut was a short hike from Lake O’Hara and is a self-maintained hut managed by the Alpine Club of Canada.  The hut has a well-equipped kitchen (without refrigeration and running water) and sleeps 24 in tight rows on an upper and lower bunk.  Once organized, we headed out for a hike following the al

pine route with stunning views of Lake O’Hara and Lake Oesa surrounded by the majestic Rockies. On the trail we finally spotted our first wildlife, a cute marmot.  We were hoping to see something a little bigger but not so close to worry about having to use the bear spray we carried.  We also heard what we thought was thunder but were informed was a rockslide.  This took my mind to tomorrow’s hike going up to the Abbot Pass Hut and had me more concerned after we met a young fit man from Czech Republic who had gone up and down Abbot Pass earlier that day and described it as hard. Later at the EP hut, an older fellow heard of our plans and offered his advice on going up the scree – go right around the large boulder, then stick to the left of the first pillar rock and follow the arrow markers – however it didn’t help setting mind at ease as his glasses were broken due to a rock fall and he mentioned seeing a rock the size of a microwave come down another time.  Sweet dreams!

Our packs were as light as possible, about 15 lbs., carrying just a sleeping bag, water, dinner and breakfast.  With poles in hand, we started off to Lake Oesa before facing the 1,500 vertical feet of loose scree.  It was now time to put on our helmets! The first section after the lake was okay but proved challenging about 1/3 of the way up the scree with more rocks coming down than progress being made.  At the same time, a huge rock fall came down with a gush of water on the mountain next to us.  Our guide suggesting zigzagging up on the larger rocks and with the advice of the fellow from the cabin I was now making progress and being careful not push rocks down on to my friend not far below.  I finally spotted the cabin and the trail was easier to navigate at the top and I finally made it to the hut in about 4 hours.  While waiting with my friend for the rest of group we saw two more snow avalanches on the next mountain over and appreciated our safety and the dangers of mountaineering.

The Abbot Pass Hut, sitting at 9,598 feet, is a stone hut with a fully equipped kitchen including a propane stove to cook and melt snow for water.  It has a loft with tight sleeping space for 24 and was fully booked with guests all from Canada and super friendly.  Early the next morning, our guide equipped with ice picks, climbed Mt. Lefroy with all the guests watching and him looking like a spec on the mountain from the hut.  This took a few hours or more and we were the last group to make the descent down the scree, which was good as we didn’t have to worry about rock falls from other groups.  We went down in a more organized fashion, following each other but keeping a safe distance and made it down confidently.  We celebrated our return with lunch and carrot cake at the Le Relais Day Shelter back at Lake O’Hara.

This was definitely the most exhilarating hike I’ve done and the most rewarding!  I couldn’t have done it without my Urban Poles which stood up to the challenging terrain of the Rockies. 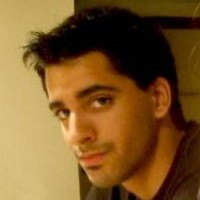 For moderately steep slopes, simply decrease the pressure on the base of the handles or drag your poles behind you. For steep slopes, keep your poles upright and in front and out to the side slightly, so if you do fall you won’t land on your poles. Bend your knees and elbows, and slow down any momentum. For long descents, it may be helpful to lengthen the poles.
–Barb Gormley, Director of Education

Tips from the Best